Referring to the Hanoi traditionally long-standing food, there should be a space for grilled clam worms, which used to be mentioned in a book on Hanoi cuisine by Vu Bang – a famous Vietnamese writer. Many foreigners find this dish… disgusting at first, but once tried, they are completety conquered at its attractiveness.  Whatsup Vietnam is so excited to introduce this special dish to you!

In Vietnam, there is a marine species which has high nutritional value, clam worms. At the time around September and October annualy, the people in the coastal area of northern Vietnam get together to harvest clam worms  and process into many delicious and unique dishes. 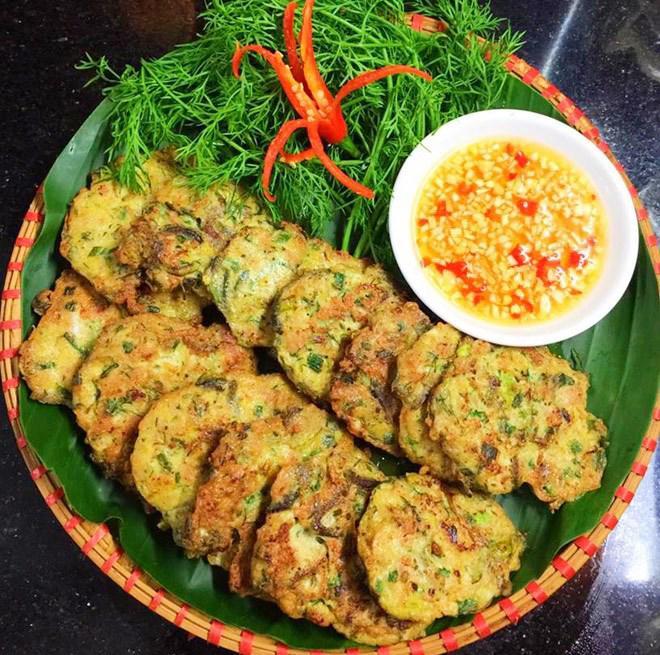 Looking from outside, clam worms have the shape similar to worms, but it has more silk and legs, so they look pretty frightening and disgusting at first sight. Therefore, clam worms is a dish that many people can only eat, not being able to make it themselves. People can make quite a lot of dishes from this worm such as grilled ball, clam worm sauce, braised clam worms, steamed clam worms, clam worms stir-fried with manchurian wild rice. However, the most favourite processing is still grilling.

Hanoians often make grilled clam worms with some ingredients including minced meat, a few pieces of shredded tangerine peel, dill, chopped scallions, 1-2 eggs, some pepper, fish sauce and some slices of fresh chili. Then simmer in an oil frying pan, until the golden color appearing on both sides, you can take out and enjoy! 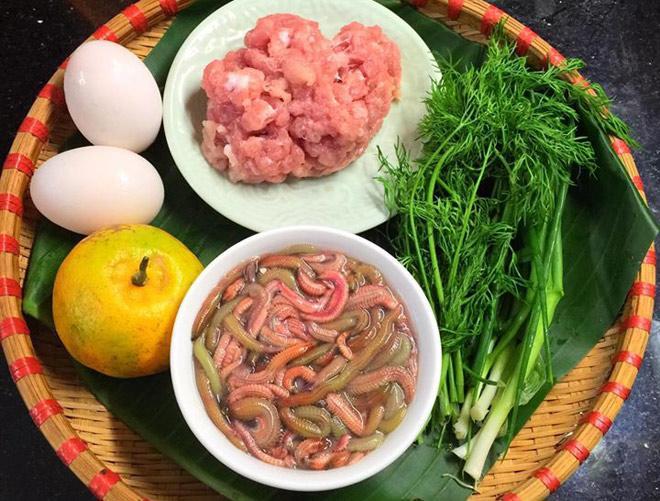 Grilled clam worms is often served and enjoyed hot, together with sweet and sour sauce, herbs and noodles. It looks simple but it is an amazingly attractive dish for many people. 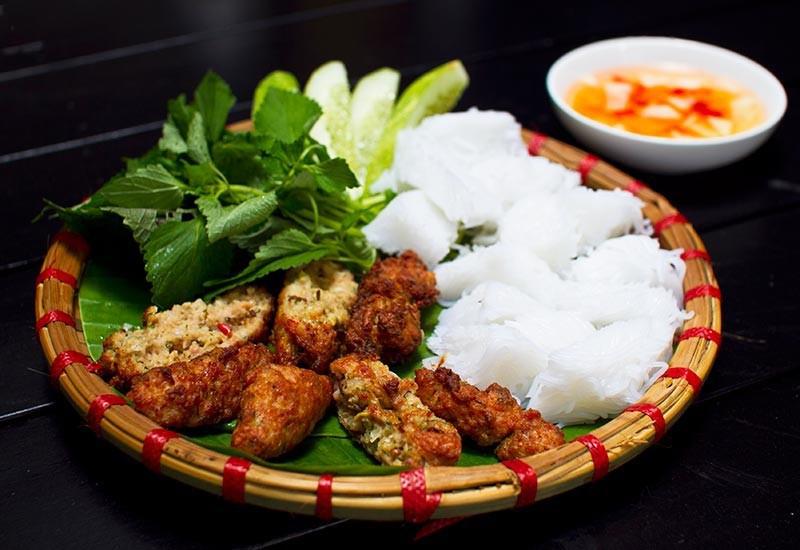 In Hanoi, people often invite each other to eat grilled clam worms on O ​​Quan Chuong street, because this has been a famous restaurant for many generations in Hanoi with the price at 15,000 VND / piece. Otherwise, many people can go to the restaurant on Nam Ngu street or some street vendors surouding Dong Xuan market.

In addition, you can also take your friends to the Clam worms restaurant at the end of Lo Duc, Hoe Nhai, or Duong Thanh street to enjoy this specialty with price ranging from 20,000-50,000 VND.