Do you know why Vietnamese call it “Hoan Kiem Lake”? – a historical legend

It is likely that most visitors when coming to Vietnam is familiar with the name Hoan Kiem lake, Guom lake, and some even call it “Sword lake”. However, not many people understand why it has that special name. Let’s find out the interesting story behind this famous lake with Whatsup Vietnam. 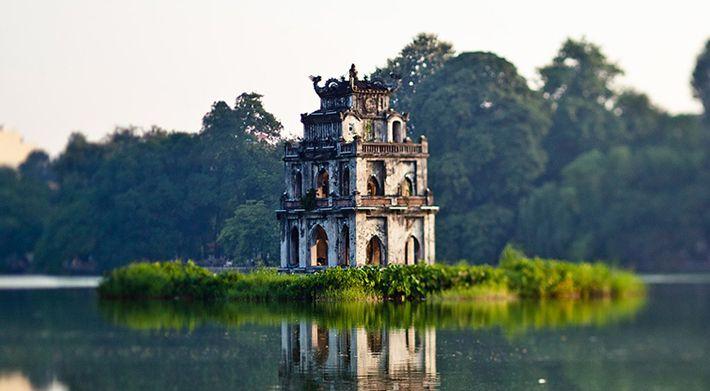 Hoan Kiem Lake, also known as Guom Lake, is a freshwater lake located in the center of Hanoi city. This lake has an area of ​​about 12 ha. In the past, the lake used to be called with many different name according to its natural characteristics as well as the periodical desire of the King. The name of Hoan Kiem appeared in the early 15th century associated with the legend of King Le Loi returning the treasured sword to the Turtle. 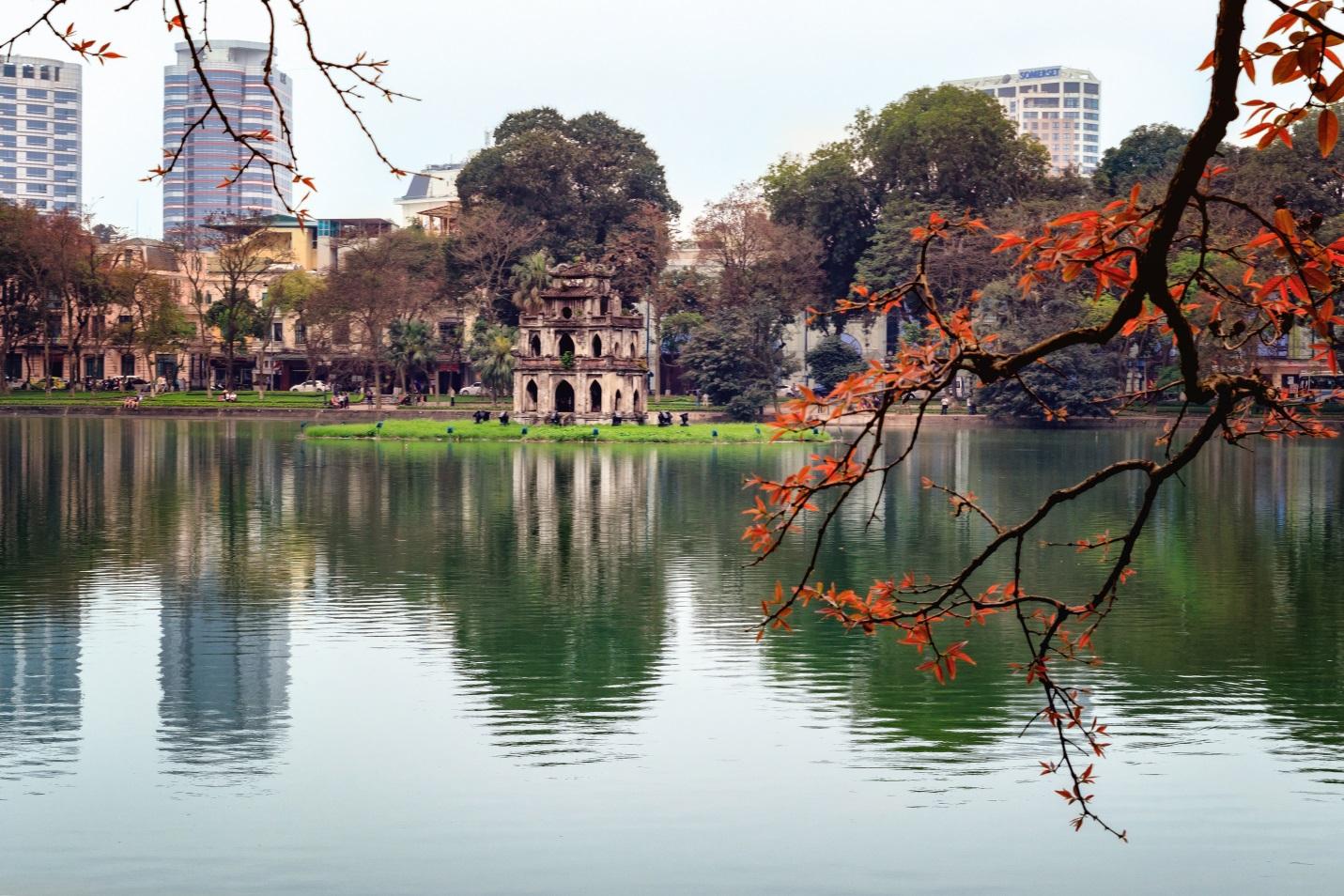 Legend has it that when Le Loi revolt in Lam Son (Thanh Hoa) got a sword, then picked up a hilt in the plow, assembled it into a sword, named Thuan Thien. This treasured sword followed Le Loi during the war against the Ming invaders. When he ascended the throne and set up his capital in Thang Long, once when the King was going sailing on Luc Thuy Lake, suddenly a turtle appeared. Le Thai To took the sword out from its sheath, holding out the sword, but the sword flew towards the turtle. The tortoise pouched the sword, diving onto the bottom of the Lake and disappearing. Since then, the lake was named accordingly Hoan Kiem Lake, with “Hoan” means “returning” and “Kiem” means “sword”. 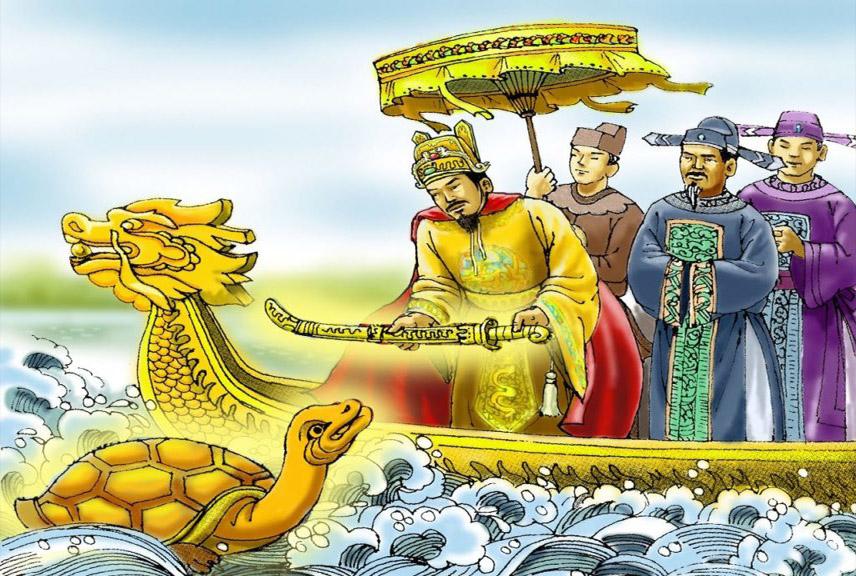 Taking about Ho Guom, it is an omission not to mention the architectural works such as Ngoc Son Temple, Turtle Tower, The Huc Bridge, Thap But, Ba Kieu Temple, Hoa Phong Tower which were all arranged according to feng shui with 4 main directions: Thanh Long, Bach Ho, Chu Tuoc and Huyen Vu.

Turtle Tower: located in the center of the lake, was built between 1884 and April 1886, on the mound of Tortoise influenced by French architecture. This place used to be the burial place of the wife of a French general.

Ngoc Son Temple: located in the north of the lake. A philanthropist named Tin Trai established Ngoc Son Temple on the grounds of the old Thuy Khanh palace. Ngoc Son Temple worships Van Xuong, who was the pretigious star of the literature and examination and worships Tran Hung Dao.

The Huc Bridge: leads to the gate of Ngoc Son temple, built by the famous artist Nguyen Van Sieu in 1865. The name of the bridge means "a place where the morning sun stands".

But Tower : on the northeast bank of the lake, was built in 1865, including five floors. On the top, there is a pen symbolizing the sky, the body has three words “Ta Thanh Thien” (written on blue sky).

Dai Nghien : on the northeast bank of the lake, built in 1865, is an indispensable part of the Pen Tower. Three legs millet is the image of three toads. On the body, there is one engraving of Minh , consisting of 64 Chinese characters.

For Hanoians, Ho Guom has probably become a familiar place for walking, when you need to find a peaceful place in the bustling city. But for those who only pay q quick visit to the capital, if you have the opportunity to come to Hoan Kiem Lake, please take time to stroll around the lake because at different angles, Hoan Kiem Lake has a different beauty, a different view of the scenery, and at any time of the year, Guom Lake has always brought a sense of peace and tranquility, making people feel relieved and relaxed.